I liked the premise of the book but, sadly, the story didn’t grab me. 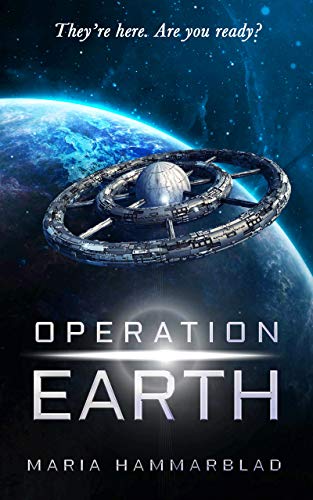 Tagline: They’re here. Are you ready?

Seven billion people on Earth go about their daily lives, and no one is prepared when a global EMP slows the world to a crawl. Within days alien soldiers line the streets, and life will never be the same. In the midst of chaos, Rachael Hill struggles to adapt to the new order, doing her best to keep herself and her cat alive.
On a ship far above the planet surface, Peter just got his new Earth name, and can’t even remember his identity from the last world he visited. It’s another day on the job, one more planet on a never-ending list. That is, until Rachael bumps into him, dropping exotic objects all around his feet. His culture taught him females should be obeyed and protected, but he never had an urge to leave himself at a woman’s mercy until now.


Review:
Rachel Hill is a young woman whose quiet lifestyle is abruptly changed when aliens initiate an EMP strike on earth. Many humans fear the alien beings who are taking over and patrolling their neighborhoods. Rachel bumps into one at the local grocery store and becomes enamored. Rachel’s neighbors invite her to join a secret rebellion group, but she isn’t interested, especially after her new alien friend, Peter, steps in to save her from a threatening situation.

Peter has been given a new name and new memories. He is a commander of a local patrol when he meets Rachel. They bump into each other a couple of times and soon he is escorting her home and enjoying earth dinners and games. He is willing to learn more about the earthlings, up close and personal.

Peter and others are sent to meet with leaders in France to calm the rebels there. Internal attacks result in Peter stepping up to protect one of the female leaders. The alien society is led by females so it is natural for Peter to seek to help and protect.

The aliens want to control the recolonization without harming the people or the environment. As hostilities intensify, the aliens seek a way to calm the situation before things escalate to more dangerous control options.

I liked the premise of the book but, sadly, found the characters and story fell flat. Rachel is too naïve and wimpy for my tastes, except for her courage in making friends with Peter. Of course, she was easily drawn to the tall, blonde, blue-eyed and buff alien. Peter’s character was a little more interesting, but I felt that there was mystery to his background which was never disclosed.

Not being engaged by the characters made this hard for me to really get into the story. The ship and alien society have some interesting elements, but again, it didn’t seem fully developed. There are a few exciting action scenes, but I found most of the plot line unimpressive. This is primarily a romance with an alien who is very similar to earth men. It is an easy read but I wasn't excited by it. I would suggest that a romance audience would be more appropriate than readers who like the more usual action and imagination of sci fi.


Source: Review book from Bewitching Book Tours: This fits as a 2018 book for my Alphabet Challenge.

The neighbor’s house mocked her. Were they still watching her, or had they given up? Had they noticed Peter was no longer around, and if so, what did they make of it?
Rachael probably kept her eyes as much on them as they did on her, and in less dire circumstances the situation would have been comical.
Bonbon wanted to go outside, and she followed the cat into bright morning sunshine.
It’s a fine day. I wish I had coffee. This would be a good day for having morning coffee on the porch.
She glanced over toward Melissa’s house. They had a window open. Interesting. Before she knew what she was doing, she pulled her hairclip off and tossed it into their yard.
“Oops, I must have dropped it there that one day I went over to see them. I’d better go get it.”
Setting foot on the other side of the hedge seemed dangerous, but she had Peter’s gun tucked in a pocket, and the hairclip glittered in the grass, close to the open window.
How did she become so bold?
Walk casually. How the hell does one walk casually? Do I whistle? No, make as little sound as possible...
She strolled, doing her best to look normal. Just an ordinary woman going over to pick up something ordinary she dropped on an ordinary day.
Seconds later, she crouched under the window. At first, she couldn’t hear anything, then Melissa’s voice drifted out.
“I don’t think this is a good idea.”
“Of course it is. We need to show them what we’re made of.”
That was clearly Ryan. She didn’t know his voice all that well, but the feisty attitude gave him away.
A third voice followed. It must be Martin of the tobacco-stained teeth and bad breath.
“It doesn’t matter what you think, Hon. The missile is ready and will be launched.”
Missile? What the hell are these people up to? Do they know I’m out here? Did they leave the window open to see if I’d overhear and tattle, or do they feel safe now when Peter isn’t around?
Either way, overthinking wouldn’t do her any good. She strained her ears and heard Melissa speak again.
“I didn’t think missiles could go into space.”
“It’s complicated. I’m worried about the guidance system, we’ve scraped together bits and pieces, but nothing is as good as it should be,” Martin answered.
Another long silence followed, and Rachael dried her palms on her clothes, immediately scolding herself for doing so. Her mom would have had a field day with that behavior. Maybe they were coming out, and she should hurry to leave.
“You know, the guy next door, he doesn’t seem so bad.”
Something heavy fell to the floor and Rachael imagined Ryan’s chair toppling over. His voice was anything but patient.
“Don’t be such a goose. Rachael’s just as bad as them and should burn with them. If she chooses to stand with them, she will. With any luck, that guy is on the ship when we bomb it and we can talk her back to the right side. If not, well, we’ll just have to kill him anyway, won’t we?”

Maria Hammarblad is an author and bass player whose fascination with books started early. Before she could read or write, she made her mother staple papers together to resemble books. She drew suns in them and claimed they were "The Sun Book." They were all about the sun.

The four-year-old also claimed her existence on Earth was a mistake, the result of a horrible mix-up, and that her real family would come to bring her home to her own planet at any time. This didn't happen, but her fascination with books and other worlds stayed with her.