Book Review: The Steam Man of the Prairies by Edward S. Ellis

This is an interesting and fun vintage science fiction.

The Steam Man of the Prairies
by Edward S. Ellis 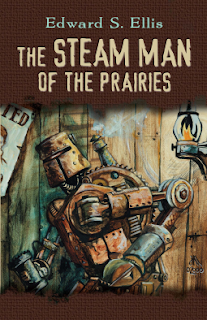 One of the earliest examples of steampunk literature, this 1868 story was actually written during the Victorian era and was among the first American science-fiction novels. In fact, the tale features the very first literary instance of a mechanical man, published long before the term "robot" was coined. Extremely popular and much imitated in its day, The Steam Man of the Prairies recounts a teenage inventor's road test of his automaton, in which he conducts a party of gold prospectors across Indian territory.
This book marked the beginning of a genre that came to be known as edisonades — dime novels centered on a young genius and his invention that captivated boys of the late nineteenth and early twentieth centuries. Educator and author Edward S. Ellis wrote more than 100 such tales, under his own name and more than a dozen others. In addition to appealing to boys' fascination with engineering and technology, edisonades offered plenty of action and adventure in untamed parts of the world. As Kirkus Reviews noted, "Ellis' works serve as a good window into the attitudes of the time and provide some context for how the future was viewed as well as how much the world was changing."


Review:
Young Johnny Brainerd started being a tinker almost as a toddler. Once bored with standard inventions, he jumps upon his mother’s suggestion to create a mechanical man. He hides it in his garage until one day a strange looking man gets a glimpse. Tracker, frontiersman, Baldy Bicknell, is immediately fascinated by the steam man. He assures Johnny that they can test it out on the prairies where it can be very useful to help another project that he is involved with. Baldy is working with two rough miners seeking gold! But the men have been under constant threat from Indian attacks. Perhaps the appearance of a huge steam man could scare the Indians.

This story was written in 1868 which I think makes it remarkable fun. The steampunk elements are presented with good, reliable detail. The author uses rough accents to convey personalities to the characters. They are not deeply developed but there is enough portrayal to make them interesting and real to the time period. The story is creative and has action with the running steam man and dangerous confrontations with the Indians. The writing is not precise and could have benefited from a good editing. Still this is a quick, fun read. I recommend it to steampunk fans and to those interested in sci fi literature history.


I received this title from the publisher through NetGalley. This qualifies for my NetGalley Challenge.

Posted by Martha Eskuchen at 11:28 PM 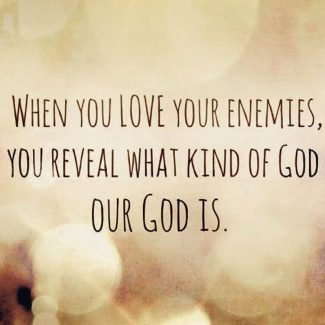