This is a thought provoking collection of life reflections.
Ergon
by George HS Singer 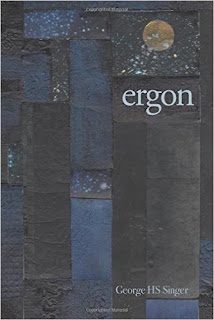 George Singer's ERGON is precise, delicate and fierce in its engagement with the world.
George HS Singer, a former Buddhist monk, has written a debut collection of poems about his life as a monk and in the monastery and about his life when he left to marry and have a family. As he tries to balance his spiritual principles with every day life as a husband and father, these poems utilize nature as a backdrop for his quest.

I have to admit that I received this book with certain expectations. Mr. Singer was a former Zen Monk and I was curious to see how that would be reflected in his writing. In my naiveté (rather than claiming my stupidity) I had focused on the term “monk” and not the descriptive “zen”. (A Zen Monk is a Buddist Monk so it was not what I expected.) After I started reading the poems I realized my error and had to eliminate my expectations so I could read the work with a different-- more open-- mind-set.

Some – well I guess all-- of the poems that I note as ‘nature’ have a life meaning beyond the obvious descriptions. They paint a picture, an image, and then made me stop to think about the feelings that were invoked. That, to me, is an enjoyable part of reading poetry. I enjoyed the cadence of the poems which has a gentle – dare I say, ‘zen-like’—meditative tone.

The selections are presented under four headings: Visiting, Ergon, Our Quotidian, and Immensity Although I enjoyed all of the work I think my favorites were in the third grouping. I had to look it up. Quotidian means “ordinary or everyday, especially when mundane.” This group of sharing addresses the memory of skin on skin that eventually turns to pains and groans of age, yet show a warmth of growing old with one who is loved. Perhaps I relate well to those thoughts.


The beginning of “Our Quotidian”:

The author explains that Ergon means "the core purpose of something or someone...". His collections seems to say that although it may be different for each person, there are many things in life and emotion that we share. Many of the poems reflect (in a gentle, sometimes haunting way) on wars, illness and pain, as well as love. The poems reveal events that are sometimes common and sometimes foreign to a reader but still have elements that connect us. There are surprising glimpses of reactions to tragedy in everyday events as in "After the Retreat" which tells of a doe hit by a car. Another poem that particularly caught my heart is "It Seemed He Swam" which shares about teaching a mute, palsied child and how the young boy learned to communicate his needs. This was very touching.

The poems are short and easily read in “bite-size” portions that are good for the mind to chew on. I recommend this to readers who might be seeking a book to encourage meditations on life shared in a lovely, caring voice.


I received this title from the author through Poetic Book Tours. 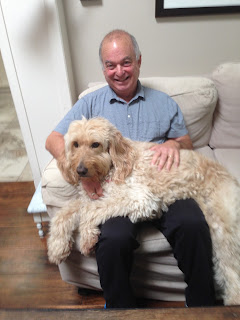 George HS Singer, a former Zen Buddhist monk and student of Rev. Master Jiyu Kennett, lives with his wife of forty-two years in Santa Barbara, Calif., where he works as a professor at University of California, Santa Barbara. He was educated at Yale, Southern Oregon University, and the University of Oregon. He wrote poetry in college but took a twenty-year break before taking it up as a regular discipline. He has been a long term student of Molly Peacock and has had the opportunity to work with other marvelous poets through the Frost Place in Franconia, N.H. He writes about life in and out of a Zen monastery, trying to live mindfully in a busy and troubled world, his love of nature and of his wife. The arts have become more central to his life. Singer’s poems were published in the Massachusetts Review, Prairie Schooner, and Tar River Poetry.
Posted by Martha Eskuchen at 5:30 AM 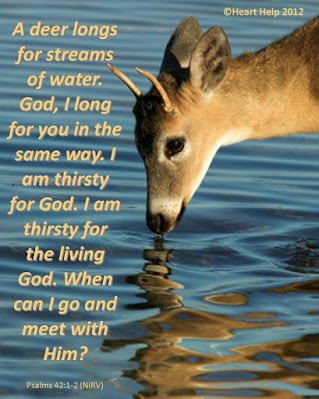