This is an engaging sci fi view of future humanity with a flash back technique that I really enjoyed.

Book Description
Publication Date: November 11, 2013
As a new era dawns for humanity, finally breaking the bonds that left us tied to the Solar System, this giant leap is to be marred by greed and erupting violence. The new frontier, ripe for colonization and opportunity, is filled with the honest and ruthless alike.
Two rival corporations have all but supplanted nation-states, keeping governments around only as a necessary fiction to pacify populations, as the realm of business now reaches into politics, military, religion, and all other aspects of human life. The frontier regions of space, barely able to keep from slipping into total anarchy, are filled with new homesteaders, miners, merchants, bandits, and scientific minds. When one company gains the edge and is the first to crack an engine to bring the Alcubierre formula into reality, and thus travel faster than the speed of light, the rivalry between the two multi-national conglomerates is taken to a dangerous new and martial level. The battle for profits in the market place is now being waged by armies and fleets in space.
The Argos, adrift and crippled far from home, is the only hope for its remaining crew. These survivors of a mysterious attack struggle to hold their ship together and come to the rescue of homesteaders and compatriots relying on them.
Contrasting with the dubious motivations of those in power, the crew of the Argos are people who crave adventure and are above the miasma of greed that sends them their orders. As the great battle breaks out at the moment that should have been humanity's greatest triumph, the gallant and the selfish alike are forced to face the best and worst of human civilization far from home and decide what they truly believe in.


Review:
The future world has been overtaken by corporate control even though some national leadership still exists as figureheads.  The Alliance had stepped in as a corporate presence trying to bring regrowth, construction, jobs and bright life to new areas. During this time they increased in power and economic prosperity.

A rival corporation, Independent Trading Company (ITC), is headed by four power-hungry and egotistical leaders: a political man, a military assassin, a charismatic, religious leader and a female headlining journalist. These four will use whatever tricks and thievery they can to overcome the Alliance who they proclaim is destroying the freedom of the people.

The Alliance has a scientist who has discovered an engine that will allow man to travel faster than the speed of light. This opens up the solar system as a ‘new frontier’ to be discovered and developed by humanity.  The Alliance builds a new ship, The Argos, to test the engine. It would make sense that the top captain, scientists and engineers in their fields would man the ship. Instead, an aging wealthy playboy, Davi, buys himself the captaincy making quick enemies of many, including the ship commander, experienced Shannon Drake. Davi insists on recruiting a wizard of an mechanical tech, Wangari, who can fix anything. Also, since no pilots have been trained on the equipment they pull in the shy, nerdy, reluctant computer engineer, Ahmad,  to become their new pilot. There are also a few other select characters who play an important role in the events that unfold.

The story is written in an unusual technique of parsing out details present and past. The opening chapter presents a decimated Argos that is drifting in far  space after a brutal attack has shattered her and sent a good portion of people and resources floating in space and one man, Hector de Anza trying to hang on and get to safety. Chapter two steps back three years to introduce the Alliance and the developments that have led it to the point of solar travel as well as introducing one of it’s pivotal enemies, the military assassin, Grover. Chapter three goes back fifteen years to introduce a twelve year old Hector de Anza who is now the Chief of the Boat on the Argos. And so it goes with different chapters flashing to the “Now” of the beleaguered ship or its conspiring enemies and others bouncing to the past to introduce the various characters who team together on the Argos. I liked the flow of learning of the characters' pasts and watching how they changed through the turmoil and challenges they faced together.

The story shares the struggles of individuals of all different levels of character and opportunity. Some are evil, some are lazy and spoiled and others are exceptionally set on duty. Many will rise to better themselves. A remarkable part of the story deals with the discovery of a alien species on a violet-red planet with similar conditions to earth. It is a chance to bring new friendships and vast discoveries except for the fact that coming on the heals of the excited Argos exploratory expedition is a military force of the ITC whose goal is to wipe out and conquer not only their enemy but the unknown inhabitants of the new world. How sad to think that the evil battles of humanity are introduced to a new world.

I recommend this to more than just good science fiction enthusiasts but also to those who like interesting character development. I enjoyed all of the excitement, the new world building and especially the growth of the characters as they faced the challenges in their New Frontier.


I received this book to review as part of Novel Publicity Book Tour.

Get New Frontier through Amazon or Barnes & Noble. 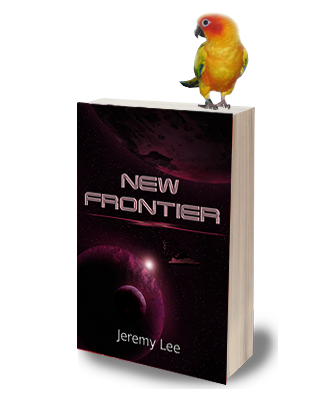 About the Author - Prizes!!!

About the author: Born in Odessa, Texas Jeremy grew up mostly in southern New Mexico. Strongly 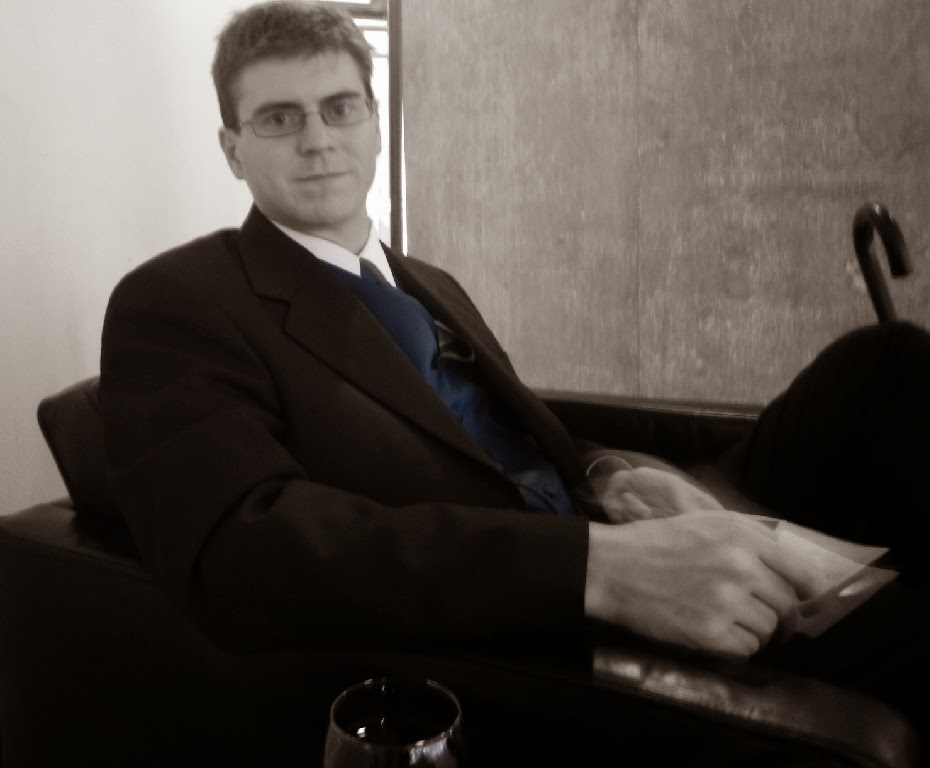 influenced by his grandmother’s adoration of history, and his mother’s love of reading, both of which he adopted early in life. Inheriting a work ethic from his father which served him well in the manic world of theater, Jeremy Lee started out writing for the stage, first in Denver and then in small New York venues while attending the New York School for Film and Television.
With 2011's Where I'm Bound I Can't Tell he began working in novels with a deeply personal look at growing up without growing old, which simultaneously expanded into a worldwide adventure through the 20th century.
Kings of New York began a long and rewarding relationship with Neverland Publishing, which continues even today. This gangster tale played in the wonderland of 20's New York, and painted a picture of cons just trying to survive and make a dishonest living the ruthless world they inhabit.
With New Frontier his career took an abrupt turn, looking not into the past but into the possibilities of the future. Exploring themes of strife, political corruption, greed, adventure, and religion, the book touched off a storm from reviewers.
Jeremy Lee currently lives in Denver with his family, writing ferociously when he can't find and excuse to be in the middle of nowhere fishing, getting blissfully lost in a museum, or occasionally just watching old Bogart movies and eating pizza on the couch.

About the prizes: Who doesn't love prizes? You could win one of two $50 Amazon gift cards or an autographed copy of New Frontier! Here's what you need to do...
That's it! One random commenter during this tour will win the first gift card. Visit more blogs for more chances to win--the full list of participating bloggers {AND AN EXCERPT!}can be found HERE. The other two prizes will be given out via Rafflecopter. You can find the contest entry form linked below or on the official New Frontier tour page via Novel Publicity. Good luck!