This is an easy reading, engaging, cozy mystery. 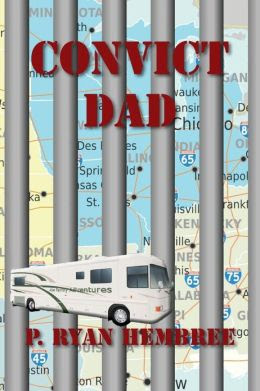 Book Description:
As a child, Fae Kardell stands helpless while police handcuff her father and drag him away to a police car. A jury later convicts him of murdering two young girls. Fae knows he's innocent. From behind prison walls, Royce Kardell finds a way to cope with his incarceration and maintain an active role in his family. Fifteen years later when Fae returns to her hometown to close the family home after her mother's death, she hears a deathbed confession which proves her father's innocence. As the real killer lurks nearby, details of the girls' deaths surface, but is it enough to justify her dad's release from prison? If she pushes for a new trial and she succeeds, her father could be freed-or-if she fails, he could get the death penalty.


Review:
As a child Fae was sent to live with her Aunt when her father was convicted of murdering two teenage girls. Fae’s father always claimed that he had been framed. His wife and daughter believed him but the stigma of conviction still shadowed their lives, especially Fae’s as even her cousins taunted her.

Fifteen years later Fae has returned upon the death of her mother to close up her childhood ‘home.’ As she works on the property she discovers that there are friends in town who have supported her mother throughout the years of trauma. Fae is called to visit a patient in a nursing home who confesses that Fae’s father is in fact innocent as she witnessed the murders and the burying of the bodies. But the true killer is a prominent member of the town so Fae has to proceed cautiously.

Fae’s Mother and father found a strong faith with the help of a local pastor and his wife. Pastor Morrow and Trina invite Fae to dinner where she meets their older son, Cliff, who is home for a rare visit.  Fae tells the family about the confession and the true murderer. Cliff, a State Trooper, is able to call in the FBI to dig up the bodies.  Now the hunt is on for evidence to tie the crime to the true murderer.

The murderer realizes that some investigation is going on and sets about, through threats and bribery, to try to keep the interest down or drive it away. Also, he knows he has to get his drunken sluggard of a brother out of town before he says something incriminating.

The author uses a series of children’s books as a tool that kept Fae and her parents connected which I thought was quite clever. I enjoyed the suspense and mystery of the plot as well as the gentle romance between Fae and Cliff. I also appreciated the quiet, determined strength Ms. Hembree portrays through the faith of the characters. There is a message of forgiveness that is nicely shared too.

The writing is light and easy. Although the story started just a little slowly it only took a couple of chapters to pull me in. Then it read very smoothly and quickly. I recommend this to readers who enjoy clean language, cozy mystery, sweet romance and evidence of faith in a story.


I received this at EPICon 2013 from the publisher for and honest review.
ENTER THIS GIVEAWAY for my Print Copy:

* This contest is open to those with US address only.
* This contest will close 10 PM (Central) on September 30, 2013.
The winner will be randomly selected from all entries.
WINNER WILL BE ANNOUNCED on October 1, 2013.
Winners will have 72 hours to respond by email or the winners form linked in the announcement.
Posted by Martha Eskuchen at 5:00 AM