This is an engaging mystery set in poverty stricken Leeds in 1731. 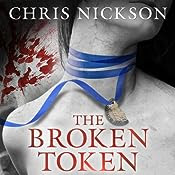 Publication Date: October 1, 2012
Publisher's Summary
Pickpockets, pimps, and prostitutes: All in a day’s work for the city constable – until work moves too close to home…. When Richard Nottingham, Constable of Leeds, discovers his former housemaid murdered in a particularly sickening manner, his professional and personal lives move perilously close. Circumstances seem to conspire against him, and more murders follow. Soon the city fathers cast doubt on his capability, and he is forced to seek help from an unsavoury source. Not only does the murder investigation keep running into brick walls, and family problems offer an unwelcome distraction; he can’t even track down a thief who has been a thorn in his side for months. When answers start to emerge, Nottingham gets more than he bargains for….


Review:
Richard Nottingham is the Constable of Leeds. He is dedicated to his work and caring family. Richard’s wife of twenty years, Mary, tries to keep things calm and comfortable at home. One daughter, 19 year old Rose, is quiet and malleable with a suitable young man in the wings. The other daughter, 15 year old Emily, is intense, unpredictable and seeks adventure.

Richard has to deal with the day to day drudgery crimes of a busy city, including a pickpocket that is slipping under their noses. Now he is faced with a brutal murder too. A local, unpopular evangelist and a young woman have been stabbed. He recognizes the young woman and finds around her neck a blue ribbon that used to hold the half of a ‘love’ token. She had been a maid in his household before she left to be married several years earlier. Now he is dismayed to discover that her husband had died and she had returned home where circumstances turned her to prostitution.

Richard and his dedicated second man, John Sedgwick, try to track down witnesses and clues. A local drunk is a suspect, but Richard doesn’t think he is guilty and lets him loose. Richard feels guilty when another couple is killed and there is incriminating evidence pointing clearly to the drunk. Richard is glad to be able to report that the killer is in jail until a third couple is murdered.

While Richard and John are struggling to track retrace the clues to the right killer, they are both coping with trouble at home. John’s wife is unhappy with the profession that keeps him away late hours and barely pays enough to keep food on the table. Richard’s daughter, Emily, is running off to meet someone and refusing to tell her parents where and with whom she is meeting.

I really enjoyed the history of the times and the human struggles portrayed in this mystery drama.  Mr. Nickson does a superb job of creating a devastating picture of the poverty of the community and giving personal life to the characters. There are good twists in the mystery and the suspense is built up well, especially when Richard has to seek the help of an enemy to locate Emily. She is found wearing the token missing from the first murder victim but refuses to name the source of the gift which could lead to the identity of the killer.The revealed history of the token is an added element of interest.

Some might find the times and setting bleak but I liked the details that were softened a bit by the caring emotions of Richard and his family. I recommend this particularly to mystery lovers who enjoy historical detail. I would enjoy reading/listening to more of this series.

Audio Notes: I thoroughly enjoyed the strong, accented narration. The voice fit well with the dark period and the mystery plot. Mr. Pacey’s inflection helped me to visualize the scenes and the despair of the characters. I would enjoy listening to more from this narrator.


...[A] place were most people existed rather than lived.

I received this to review for Creative Content through AudioBook Jukebox.
Posted by Martha Eskuchen at 4:14 PM