Book Review: Keeper of My Heart by Darcy Flynn WITH Giveaway

This is a warm, sweet romance good for a good light read.

Keeper of My Heart
by Darcy Flynn
Genre: Contemporary Romance
My Rating: 4.25 of 5.0

Product Description
Katie McCullough doesn’t know it, but Max Sawyer, the over confident, insufferable thief who outbid her for the lighthouse property, is none other than her mystery lighthouse sailor. The one man who captured her heart five years earlier, the one man who has since been the plumb line for every other unsuspecting male who has crossed her path. Unfortunately for Max, he doesn’t measure up either.

Still reeling from losing the property she’d planned to call home, sparks fly when Katie assumes Max is turning her beloved lighthouse compound into one of his “Serenity Spa Resorts.” Outraged, Katie sets out on a mission to dismantle the property…and his plans.


Review:
I don’t know why but I am drawn to stories about lighthouses. Even though that isn’t the heart of this story it is a beautiful element.

Katie McCullough loved the lighthouse station since she was a young girl. She had lost her parents young and then lost her brother to a car accident when she was only 16. A young naval officer friend of her brother’s found her in the lighthouse tower and comforted her after the funeral.  She never saw his face or got his name but he became “my sailor.” They corresponded for a couple of years and then the letters stopped. During those years Katie lived with her bitter aunt.  Katie has struggled to put herself through school and work two jobs saving money so that she can purchase the lighthouse property from the city when they auction it. She plans to move in with her adopted grandfather, “Pop”, who was once the keeper. At the last minute, an out of town developer steps in and outbids her.

Max Sawyer is a successful developer who has converted other properties into lush spa resorts. But he has special plans for the lighthouse in Paige Point, Maryland. He planned to purchase the property for the girl he comforted and who won his heart five years ago. It doesn’t take long for him to find the girl but she instantly turns out to be hostile and difficult. He doesn’t reveal his connection to her but tries to befriend her in spite of her clear antagonism which he doesn’t understand.

Katie won’t reveal her heart break over losing the property she cherished. That doesn’t mean she has to like the man who bought it even if he seems to be nice to her and “Pop.”

This story has a bit of “Kiss Me Kate”/“Taming of the Shrew” features and even has the movie as a town summer program which is a fun irony. Katie’s actions are rather shrewish and immature as she refuses to be straightforward about her family possessions in the property and instead sneaks in to take them - pieces at a time. Max is wonderfully patient and romantic. The characters have nice development so that their motives and actions make sense even if I was sometimes shaking my head saying "what are you doing?" to Katie.

The story is sweet and heartwarming and the writing has an easy, light flow. This is a quick read and solidly entertaining. This book brought my attention to the author and the publisher and I will be looking to read more from both.

I enjoy when the writing connects to the setting or title like the quotes below.
Katie:
She felt an inward pull toward him, like a float on a wave being brought to shore. Buoyant, but helpless. Location 544.

Max:
“She was my keeper girl until her wicked aunt tried to keep us apart.” Location 2053. 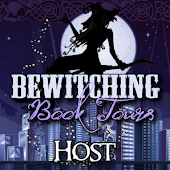 Thank you to the author and Bewitching Blog Tour for providing this book. Click on the link to see the full tour stops with guest posts and interviews.

Darcy was born into the rich culture of New Orleans, La.  As a city filled with colorful historical intrigue and broad creative energy, her natural bent to the arts coupled with her love for one of the most romantic cities in the world has been the inspiration and anchor of her artistic multi-dimension endeavors. Darcy was always compelled by the need to express herself and like her mother’s famous gumbo, her previous expressions included a little bit of everything - art, music, acting and dance.

Although, published in music, art and the Christian non-fiction market under another identity, it was the empty nest that turned Darcy to writing romantic fiction. A lover of lighthouses, Darcy’s first novel, Keeper Of My Heart, unfolds in a small Maryland fishing village on the Chesapeake Bay.

Darcy, a former Mrs. Tennessee, continues to be surrounded by all things creative in Music City and when not in writing in her London flat, lives on a beautiful horse farm in historic- Franklin, Tennessee with her husband, son, two English Setters and a calico cat.  Darcy enjoys stargazing, raising rare breed chickens and gardening. 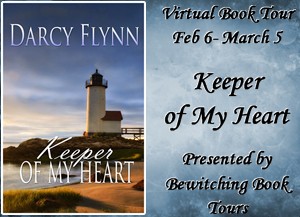 Posted by Martha Eskuchen at 11:56 AM