What Are You Reading, is where we gather to share what we have read this past week and what we plan to read this week. It is a great way to network with other bloggers, see some wonderful blogs, and put new titles on your reading list.
I finished five books again this week. I posted six reviews in conjunction with three ARC Giveaways and a triple book Hachette Giveaway.  I posted the last two Blogoversary Spotlight Giveaways and the Grand Giveaway. There is a link to an interview with yours truly. And as usual, I posted the regular Friday Pick Giveaway; Saturday Sharing Beyond Books, and Sunday posts.

I did get to visit some last week but not as much as I would've liked.  These were last week's posts plus three Winner posts not listed.
Finished Reading:

Tamed by a Highlander

By Paula Quinn
Review linked above
Plus Three Book Giveaway.

Lady of Seduction (Daughters of Erin)

by Laurel McKee
Review linked above
Plus Three Book Giveaway. 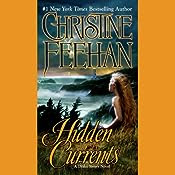 Purchased at Audible sale.
A story with dark obsession and abuse
plus the magic of telepathic witches.
It seemed there was unnecessary repetition
and unnecessary length and quantity of the bedroom scenes.
My Rating 3.75.
Print:

The Fear Principle (Jaguar Adams)
by B.A. Chepaitis
An engaging sci fi read.
Reviewing as part of Pump Up Your Book Promotion.
July 28.

So You Want to Write a Guest Post: An Author's Guide to Promoting with Guest Blogging

Secrets in the Fog: Danny's First Love
by Ellen Spain

Danny Fennchar is a short and somewhat pudgy teen prodigy wearing broken glasses who looks forward to attending his high school Prom in a few weeks, and to attending college. There is a problem, at least to Danny. He is diagnosed with Multiple Sclerosis and thinks his future plans are totally messed up. He doesn't have a date and in fact, being home schooled most of his life, never had a date except for his mother.. Danny is a shy and insecure 12th grader, until he meets Christine Dillon from his senior class, who is quite mature for her young age. Their romance blossoms.

The Fear of God: Jaguar Series

by B.A. Chepaitis
I will be starting this before the end of the week.   Reviewing as part of Pump Up Your Book Promotion for July 29.

Product Description
On Planetoid Three, Jaguar Addams enters the minds of criminals. She lives in the shadows of their fears . . . and chases them into the light. The followers of the Revelation Sect are preparing for the Second Coming. Stockpiles of weapons were found when federal agents stormed the home of the fanatical leader, Sardis Malocco. Now Jaguar must resort to using a virtual reality environment of Heaven to get to the root of Sardis's fear of God-before Revelation's zealots unleash their own apocalypse upon the world . . .

by Tawna Fenske
Review and Author Q&A for August 2.
Reading for Sourcebooks.

Product Description
When Alex Bradshaw's unscrupulous boss kicks him to the curb after 20 faithful years as an executive with the world's largest shipping company, he sets out to reclaim his dignity and his pension. Assembling a team of fellow corporate castoffs, he sails to the Caribbean to intercept an illegal diamond shipment. None of them counted on quirky blonde stowaway Juli Flynn, who has a perplexing array of talents, a few big secrets, and an intoxicating romantic chemistry with Alex... 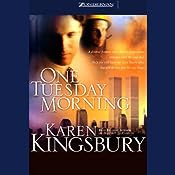 Another Audible picked up at the $5.95 sale.
An interesting story premise.
Sheila at Book Journey and I are going to post reviews together on this.

Product Description
A devoted fireman and a driven businessman: strangers with the same face. Only one will leave the Twin Towers alive, but will he ever find his way home?
On the morning of September 11, 2001, two men meet in a smoky stairwell of the World Trade Center. One is Eric Michaels, a driven financial manager from Los Angeles who has been busy climbing the corporate ladder, often at the expense of his wife and young son. The other is Jake Bryan, a New York City fireman devoted to his wife and daughter. In the midst of the crisis, Eric falls on the stairs and Jake stops to help him up. The two men freeze momentarily, stunned by the uncanny resemblance between them.
Later, after the building has crumbled to the ground, Eric awakes beneath a fire truck. He is burned and bloody and most of his clothes have been blown off. A fire captain rushes to his side, thinking he recognizes his friend Jake. By the time Jake's wife arrives at the hospital, Eric's face is bandaged and his memory gone.
In the months that follow, Eric struggles to relate to a wife and daughter he doesn't remember, while on the opposite coast Eric's real wife grieves and finds comfort from Eric's brother, a single man who has always adored her. The emotional suspense builds as Eric begins to have disturbing dreams and flashbacks, and questions grow in Jake's wife's mind.
The only way for Eric to find his way is by following the love of a special woman, and the footsteps of a man who no longer exists.

Working It Out: A Journey of Love, Loss, and Hope

Product Description.
In 2006, Abby Rike lost the life she knew and loved when her husband and two young children were killed in a car accident. Devastated and numb, she shut down. For nearly three years she walked through life like a spectre, present in body only. As she descended, so did her health.
Fortunately, Abby was not alone. She had loving parents, supportive friends, and a faith that continued to sustain her. Little by little she found the courage to return to life. Joining The Biggest Loser proved a catalyst for the physical and emotional changes she needed to make. In fact, against all odds Abby gained strength, courage, wisdom, and continued her steadfast relationship with God. Instead of anger, she found herself slowly but steadily healing. She lost a hundred pounds but gained hope.
In this riveting book, Abby tells her story--from her joyous life before the accident to the unbearable pain that followed it and her eventual emergence as a woman reinvigorated by her faith in God. Today Abby's resilience and positivity are a testament to the power and importance of faith in the darkest hours.

by Amelia Grey
I will be starting this before the end of the week.
This is the last of my Sourcebook July review books.

Product Description
A stolen kiss from a stranger...

As if from a dream, Lady Gabrielle walked from the mist and into Viscount Brentwood's arms. Within moments, he's embroiled in more scandal than he ever thought possible...

Can sink even a perfect gentleman...

Beautiful, clever, and courageous, Lady Gabrielle needs Brent's help to get out of a seriously bad situation. But the more she gets to know him, the worse she feels about ruining his life...

Enter the unforgettable world of Amelia Grey's sparkling Regency London, where a single encounter may have devastating consequences for a gentleman and a lady...

Harlequin American Romance (a doctor story) - the survey has to be answered this week so I will finish this in a day or two.

[The Vision and Beyond, prophecies fulfilled and still to come

by David Wilkerson was put on hold.]
Instead we are listening to:

The Screwtape Letters: First Ever Full-cast Dramatization of the Diabolical Classic (Radio Theatre)

C.S. Lewis
We are enjoying listening to this in our young adult class. On part IV.
I am also listening to The Listener's Bible NIV
read by Max McLean. I am at 2 Chronicles 8, Isaiah 10 and Romans 8.

Line Edits: Editing the first of eTreasures' summer YA novellas for release this week.
Finalizing the Sword of Virtue by Joy Brooks  for release soon.
I am finalizing edits/formatting on Life After the Undead by Pembroke Sinclair; then Soylent Red by Jamieson Wolf.

July 2011 Scheduled reviews:
July 27  So You Want to Write a Guest Post: An Author's Guide to Promoting with Guest Blogging

by J.L. McDougall (Read; needs review for this week.)
Pump Up Your Book Promo
July 28 The Fear Principle (Jaguar Adams)

by B.A. Chepaitis (Read; needs review for this week.)
July 29 The Fear of God: Jaguar Series

Touch If You Dare

Others: This will go into August queue.
Quest for Magic by Jean Hart Stewart - August Release
Posted by Martha Eskuchen at 10:00 PM