Book Review and Giveway: Tempted by Fate by Kate Perry.

A different story angle with ancient powers and modern sensuality.
Tempted by Fate (The Guardians of Destiny)

Product Description
Willow Tarata is a Guardian who trusts no one. She hunts those who prey on the vulnerable. And she's driven by a vengeful goal-find the man who murdered her mother. Yet suddenly Willow's quarry now has her on the run . . . straight into the sights of San Francisco's most dangerous detective.

Three bizarre murders have Inspector Rick Ramirez baffled-and determined to uncover the truth. But to catch the real killer, he needs the help of his prime suspect, Willow Tarata, even though this fierce and sexy blonde is challenging his professional cool. And now, unless they believe in each other and trust their deepest instincts, a relentless evil will end both Willow's and Rick's life-and claim this Guardian's extraordinary powers forever . . .

Review: This story is filled with good intensity!

Willow’s name fits her character as Guardian of Wood. I have always thought of willow trees as rather mysterious - how they hang down and cover what is behind their shower of branches. Also, they are flexible and have learned to bend with the wind rather than fight and break.  Not that Willow is weak or particularly bendable.  She lost her mother at the age of ten and has had to make it on her own and train herself for the past twenty years. She is actually deep, stubborn, self reliant and self determined. And she can kick butt with the best of them, having made her living as a vigilante assassin. Add to her great strong qualities that she is beautiful, sensual and plays a haunting tune on her wooden flute. The music reflects more of her ethereal and vulnerable side that she doesn’t usually show anyone.

Rick is a “by the book” cop who generally sees things in black and white.  Then he gets a slip of a look at platinum haired Willow, who usually manages to cloak herself with her energy thoughts. Now he is edging into gray areas protecting a murder suspect and hoping like crazy that she is really innocent. Although Willow doesn’t come across as innocent in their encounters as she tries to dodge him with sexual distraction.

Willow has been framed for three murders and either has to get away from Rick’s inspection. Since her attempts to distract him seem to be backfiring she may have to open up and tell some of her secrets to get his help. But will he even consider helping her if he learns about her past or will he slap her in jail?

Willow stills wants to get The Bad Man and the conflict as The Bad Man tries to trap Willow keeps things tense. I thought it a bit out of character for the straight laced and intense Rick to abandon the crime scenes and take time off from work. But that time off was spent in a different type of “tense” interlude - with Willow, in bed. The interaction between these characters definitely sizzles.

I really enjoyed the plot tension and the sexual tension that kept this book moving at a fast pace. You meet three other Guardians but only get a glimpse of their personalities. Guess if you want to know them better you need to go read their stories and I am sure it would be worthwhile. I was not familiar with this series but would be glad to read the prior books and future Guardian stories.

I might note that the cover is a guy  - and very eye catching - and although I liked Rick's character a lot, this story is really Willow's. 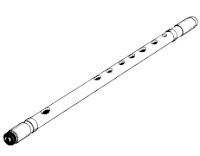 Thank you to Anna and Hachette for allowing me to read and review this book and for providing books for Giveaway.


TO ENTER THIS GIVEAWAY:
1. Visit the Author's website or blog or read an Interview with a Guardian and tell me something you found interesting.   Worth TWO entries.   This is required for entry.
Make sure you leave your e-mail address!

3.  For ONE extra entry, become a follower or tell me if you are already a follower.

4.  For THREE extra entries, blog, facebook, tweet (any of those networks!) about this giveaway and tell me where you did.

5.  For TWO more extra entries make a meaningful comment on the review.

It isn't necessary to use separate entries unless you want them in different chronological order.

* This contest is only open to residents of US and Canada.
* No P.O. Boxes Please - for shipping reasons.
* Only one winner per household.
* This contest will close 10 PM

(Central) on December 19, 2010. The winners will be randomly selected from all entries.