Book Review with eBook Giveaway: In Bed With The Opposition by Stephanie Draven

This is an engaging, easy, sexy, and fun romance.

In Bed With the Opposition
by Stephanie Draven 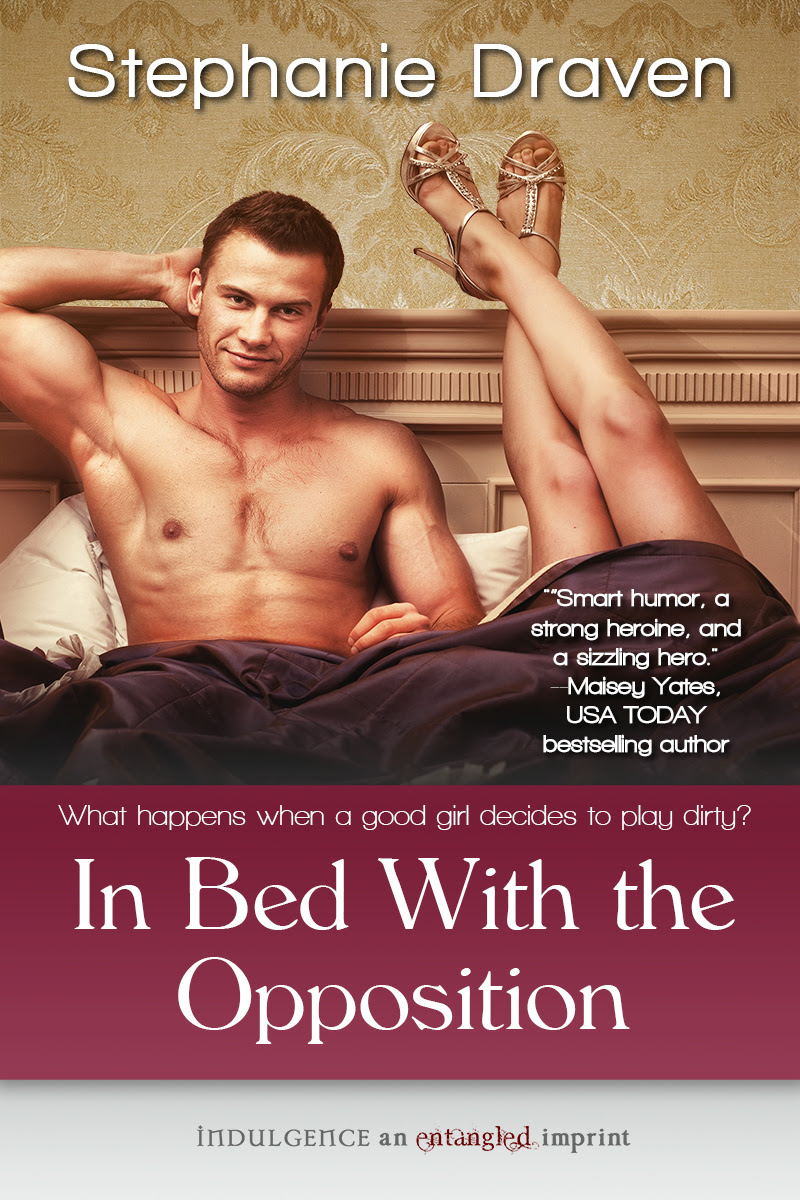 Book Description
Publication Date: August 22, 2012
Armed with a sassy haircut, a sharp wit, and a personal list of rules for all life's exigencies, Grace Santiago has everything under control. At least until Ethan Castle walks back into her life. Grace hasn't forgotten their disastrous affair in law school, but she can't resist his bad boy charm.

When Grace learns that Ethan has been hired by the other side, her loyalties—and her heart—are torn in two. Though their sexual chemistry can't be denied, they find themselves deadlocked. Ethan believes that all is fair in love and war, but he won't give up the fight—not even to win Grace's heart. So what can a good girl like Grace do, but learn to play dirty?


Review:
Grace Santiago has trust issues about men. Her father left when she was a little girl and she was blackmailed by a male student which resulted in her flunking out of law school. On top of those issues, her child, teen, and present ‘crush’, Blain, isn’t responding as favorably to her as she would like.

Now the man with whom she had a wild college fling, Ethan Castle, shows up to upset her well-ordered, controlled with rules life.  The chemistry between them is as hot, if not hotter, than it was in college. She thinks it is in her best interest-politically, career wise and personally-to stay away from him. But he is just too handsome and sexy to resist for long.

Ethan is a successful and confident campaign manager who travels all over the country. He is the sort of man who has no trouble finding women. He has never understood why Grace disappeared from college and refused to answer any of his emails or phone calls. Now that he sees her he not only wants answers, he wants her in his bed.

Ethan isn’t willing to take on the campaign for Grace’s boss, Senator Holliwell. Instead, so he can stay in the area and pursue Grace, he takes on the campaign of an obscure candidate who has one major issue to promote. Grace is reluctant to get involved with the enemy camp but even her Senator approves.

The romance heats up as does the campaign. Building their relationship through the cold, calculated, ruthless world of politics is difficult enough. But can it survive the threat of disclosure of past secrets?

These are very interesting characters with good strengths and some unpleasant traits as well. I was frustrated by Grace’s lack of confidence and her clinging to a young girl’s love interest that clearly didn’t exist for the guy. Fortunately, being with Ethan brings out the strength in Grace to be confident being herself.  Ethan is almost too arrogant at first but Ms. Draven gives him just enough vulnerability to make him likeable after a bit.

The writing flows well in an easy, light read with good pacing. The romantic relationship is sexy and fun without being lewd or uncomfortable in any way.  I liked the plot with the realistic, but unusual, conflicts that the characters face and I enjoyed their final reconciliation. Altogether this is an engaging, easy, fun, sexy romance and I would enjoy reading more books by this author.


She was a maddening, kooky, frustrating woman...and he was falling in love with her. Location 1895.

Grace acknowledges her love for Ethan:


In the movies, love was always sudden and certain.  With Ethan it was fits and starts, very emotionally untidy. Could love possibly be this messy, and if so, how was she going to cope?  Location 2122.

I received this from Entangled Publishing for and honest Review.
This is set in Maryland for my Where Are You Reading Challenge. I will also add it to ARC and New Author Challenge lists. 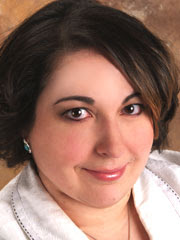 Stephanie Draven is currently a denizen of Baltimore, that city of ravens and purple night skies. She lives there with her favorite nocturnal creatures–three scheming cats and a deliciously wicked husband. And when she is not busy with dark domestic rituals, she writes her books.

Stephanie has always been a storyteller. In elementary school, she channeled Scheherazade, weaving a series of stories to charm children into sitting with her each day at the lunch table. When she was a little older, Stephanie scared all the girls at her sleepovers with ghost stories.
She should have known she was born to hold an audience in her thrall, but Stephanie resisted her writerly urges and graduated from college with a B.A. in Government. Then she went to Law School, where she learned how to convincingly tell the tallest tales of all!

A longtime lover of ancient lore, Stephanie enjoys re-imagining myths for the modern age. She doesn’t believe that true love is ever simple or without struggle so her work tends to explore the sacred within the profane, the light under the loss and the virtue hidden in vice. She counts it amongst her greatest pleasures when, from her books, her readers learn something new about the world or about themselves.

TO ENTER THIS GIVEAWAY for an eBook Copy:

For 3 Extra Bonus entries Visit the Author's Website and tell me something you find of interest.

* This contest is open WORLDWIDE.
* This contest will close 10 PM (Central) on December 21, 2012.
The winner will be randomly selected from all entries.
WINNERS WILL BE ANNOUNCED on December 22, 2012.
Winners will have 72 hours to respond by email or the winners form linked in the announcement.
Posted by Martha Eskuchen at 5:00 AM