Book Feature: Life After the Undead by Pembroke Sinclair

Disclosure: I'm not posting a review on this book as it is published by eTreasures - my publishing company.
I will say that I have read it and it is appropriate for YA audiences as well as adults. Although zombies are considered 'horror' Pembroke's presentation is more action adventure than true horror. There is also a romance element as Krista and her friends battle the undead.
Life After the Undead
Pembroke Sinclair

The undead hate a humid environment, so they are migrating westward to escape its deteriorating effects. The survivors are constructing a wall in North Platte to keep the zombie threat to the west, while tyranny rules among the humans to the east.

Capable but naïve Krista is 15 when the first attacks occur, and she loses her family and barely escapes with her life. She makes her way to the wall and begins a new life. But, as the undead threat grows and dictators brainwash those she cares about, Krista must fight not only to survive but also to defend everything she holds dear—her country, her freedom, and ultimately those she loves. 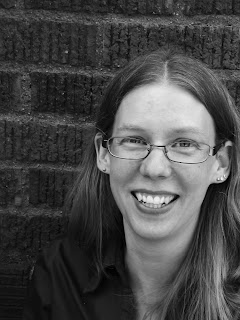 As Jessica Robinson, from March 2008 to January 2011, she wrote scientific articles for Western Farmer-Stockman.  Her nonfiction book, Life Lessons from Slasher Films, is available from Scarecrow Publishing (an imprint of Rowman and Littlefield).

Jessica/Pembroke received her Master’s in English, and she is a freelance content editor for Musa Publishing, as well as a former content and line editor for eTreasures Publishing.
http://pembrokesinclair.blogspot.com/
http://www.facebook.com/#!/pembroke.sinclair

The Book Trailer can be viewed at Pembroke's site: http://pembrokesinclair.blogspot.com/p/book-trailers.html 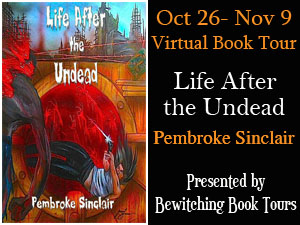 Learn more information on Pembroke and Life After the Undead check by visiting the other tour stops: